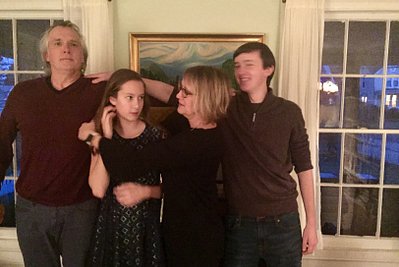 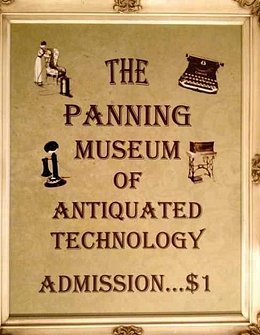 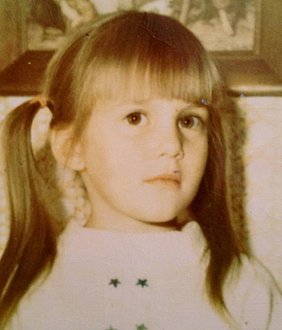 This is my little dog, Martha, a cockapoo.  Although I've spent most of my life not being a pet person, I got her after my mother died and could think of no other way to get through such a difficult time.

I grew up in a trailer court in Minnesota on the outskirts of town. My bedroom window faced the cemetery, but instead of being afraid, I found it comforting to be so close to the souls of the dead.

Originally from the small town of Arlington, Minnesota, Anne has traveled extensively in Asia to countries such as Malaysia, Thailand, Taiwan, China, and Singapore. She has also traveled to Turkey, Ireland, Montserrat, England, Jamaica, Puerto Rico, and Mexico, and is hoping to visit Japan and Russia in the near future. After graduating from college, Anne served as a Peace Corps volunteer for two years in The Philippines, where she met her husband, Mark Rice.  In 2007, along with her husband and children, Anne lived in Vietnam where she worked on a memoir while on sabbatical leave.  She has also lived in Idaho, where she managed a resort, and Hawaii, where she received her PhD.  In 1997, she moved to Brockport, New York, where she currently lives with her husband, Mark Rice, and her two children, Hudson and Lily.  From her front porch, Anne can watch boat traffic pass along the Erie Canal; she is a happy transplant to the area, but always misses Minnesota and still considers it home.

Anne Panning's novel, Butter, was published by Switchgrass Books in 2012. She has published two short story collections: The Price of Eggs and Super America, which won The 2006 Flannery O’Connor Award for Short Fiction and was selected as a New York Times Editor's Choice.   Anne has also published short fiction and nonfiction in places such as The Kenyon Review, Prairie Schooner, New Letters, Passages North, Black Warrior Review, Alaska Quarterly Review, Quarterly West, Five Points, The Greensboro Review, The Hawaii Review, Newsweek International, Kalliope, West Branch, Phoebe,, Fourth Genre and many others. Four of her essays have been listed as Notable in The Best American Essays series.

In 2009, Anne was honored as New York Professor of the Year by the Carnegie Foundation.  She has also been honored with The Chancellor's Award for Excellence in Teaching by SUNY-Brockport in 2006. She is currently a Professor of English at SUNY-Brockport and Co-Director of The Brockport Writers Forum reading series.